Ryan grew up in Parker, CO and graduated from Chaparral High School in 2006 where he was an honorable mention All-State shortstop and helped lead the Wolverines to the 5A final four. Ryan continued his playing career at Lamar Community College and then Colorado Christian University, where he earned NCCAA first team all region honors as an infielder his senior year. Ryan graduated from Colorado Christian in 2011 with a bachelor’s degree in Social Science.

Ryan began his coaching and instructing career in 2010 as he was still a college player, working as a hitting and defensive instructor at On The Mound/SETS as well as a head coach the lower high school levels at Chaparral. After college he was an assistant at the 18U level in the summer and fall as well as spending two years as a varsity assistant at CHS in the spring. Ryan spent the 2013-2014 school year as an assistant at top junior college program Lamar Community College working with infielders and hitters, as well as assisting with recruiting. Ryan currently serves as an assistant on the spring varsity staff at Chaparral in addition to running all of Rogue Baseball’s operations, individual/group instruction and the Colorado Rogue summer/fall team.

Ryan is passionate about developing young Colorado baseball players individually as well as preparing high school players to compete at the college level. In addition to enhancing each player’s ability on the field, he gets his greatest joy from developing relationships and being a constant resource for them throughout their baseball careers and lives. 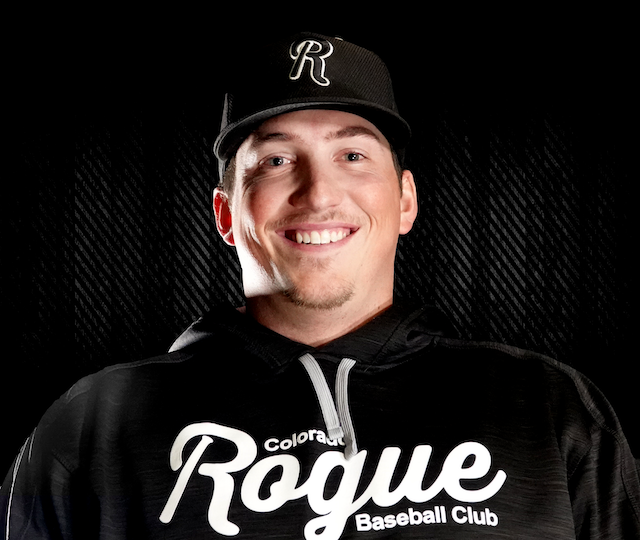 Dillon (aka D-mo) is from Aurora, Colorado where he attended Grandview High School. He played baseball and basketball, Graduating in 2010. He then attended Lamar Community College and helped his team win two conference championships and two region 9 titles with an overall record of 95-29. He is 2nd in career appearances and 3rd in saves at Lamar. He finished his baseball career at the University of Arkansas at Little Rock where he helped his team reach the conference tournament both years. He graduated with a Bachelor’s in Psychology and moved back to Colorado.

Throughout all four years of college he instructed individual lessons to youth athletes and helped run the youth camp league each year at Little Rock. He is in his 3rd year as the varsity pitching coach at Chaparral High School. D-mo joined Rogue in the summer of 2016. He enjoys developing our team in the most efficient and safest ways possible in order for them to succeed at the highest level. He believes baseball is a great teaching tool for not only the sport, but for developing into a man outside of the game. He hopes to teach the athletes how to succeed in life and baseball while doing it in a positive respectful manner.